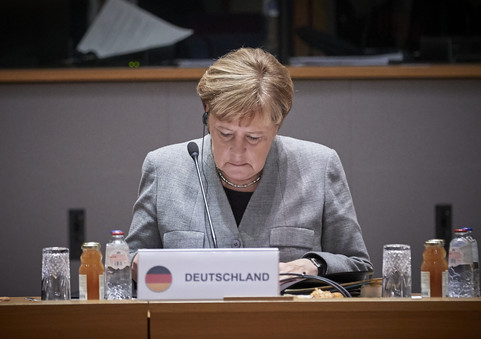 Throughout her 16 years as Chancellor, Angela Merkel has been a staunch supporter of the Central and Eastern European Region (CEEC).

She knew their challenges. She grew up in East Germany, studied in then Czechoslovakia, and admired the region’s anti-communist movements, such as Solidarity of Poland.

While serious differences arose between Berlin and some CEEC governments, Merkel, understanding the history and complexity of the region, stuck to her “open door” policy. No one expects his successors to be so accommodating.

This is important, because the CEECs remain dependent on Germany, especially economically. For the most part, Germany is their main trading partner, with combined trade with the Czech Republic, Hungary, Poland and Slovakia, overtaking trade between Germany and China.

As members of the EU, thanks to predominantly export-oriented economies linked to German supply chains, the states of Central Europe have been able to strengthen themselves and enjoy prosperity.

What is more, Merkel’s insistence on keeping the dialogue open between Berlin, the CEECs and the EU, for a time, held the region in check. It has been mutually beneficial. Berlin has benefited from the support of the EEC on European issues, helping it to advance its own agenda as opposed, for example, to that of Paris.

In return, the countries of Central and Eastern Europe received economic benefits and new respect.

And when some CEEC governments have asserted themselves in populist and even conflicting terms on the European scene, Merkel’s Berlin has chosen not to sever ties but rather to use its own channels to mediate between the EU and these malicious governments.

Looking back, keeping Fidesz in the European People’s Party or supporting Bulgarian Boiko Borrissov for so long has produced good results is questionable.

What is not in doubt, however, is that with Merkel in the leading position, the Central and Eastern European region had a constant listener and support.

At the same time, the region often felt seen as an inferior member of the club. Many Central and Eastern European countries believe that the inevitable vacuum created after Merkel’s departure this fall gives them the opportunity to play a bigger role in the EU.

While they were, in general, a willing follower of the proposals and priorities of German policy, they can now be initiators and leaders.

While this notion plays well in the ears of those parts of the population who feel that their countries are still seen as less important and less capable of producing constructive ideas by the member states of Western Europe, in reality the region is not a homogeneous entity or one ready to assume such a role.

For example, there are often serious differences in priorities. Poland and the Baltic States perceive Russia as a main threat and are not ready to make concessions to it.

By contrast, Hungary and Bulgaria (even with the recent hardening of their positions) often take a softer stance. With the strengthened push from China, Hungary retains its role as a support center in Europe, while Lithuania officially left the 17 + 1 cooperation format.

The region also experiences different styles and ideologies of government. Poland, Hungary and Slovenia are reinforcing their internal populist and external conflicting styles, which has not won them few followers among the more established Member States; Bulgaria has plunged into a deep political crisis after years of keeping a low profile in the EU; Estonia is still a lone wolf with e-governance; and, overall, serious corruption scandals and shortcomings in the justice, health and social systems of states in central and eastern Europe remain.

With this baggage, it is difficult to imagine that the region can take on a new leading role within the EU. At the very least, even if there is a will, the other Member States will not have much confidence in such a grouping.

What is more plausible, and this is already the case, is that the CEECs are allying themselves in different configurations, depending on questions of interest. This fluid structure allows each country to seek most of the benefits without permanent links.

In addition, thematic groupings between certain CEECs and southern or western Member States are not new, as the contested directive on posted workers has shown.

Problems can and do divide regions.

But what we might start to see in the near future is increased fluidity in alignment between CEEC member states. And, while this may not yet indicate that the CEECs as a bloc playing a more important role within the EU, fluid alignments on various issues with the presence of Central and Eastern European countries in they can shatter certain stereotypes about the region’s capacity to initiate and generate ideas. Likewise, they will provide multiple informal channels of communication and therefore influence.

With Chancellor Merkel leaving, informal influence may be the region’s best way to fend for itself.