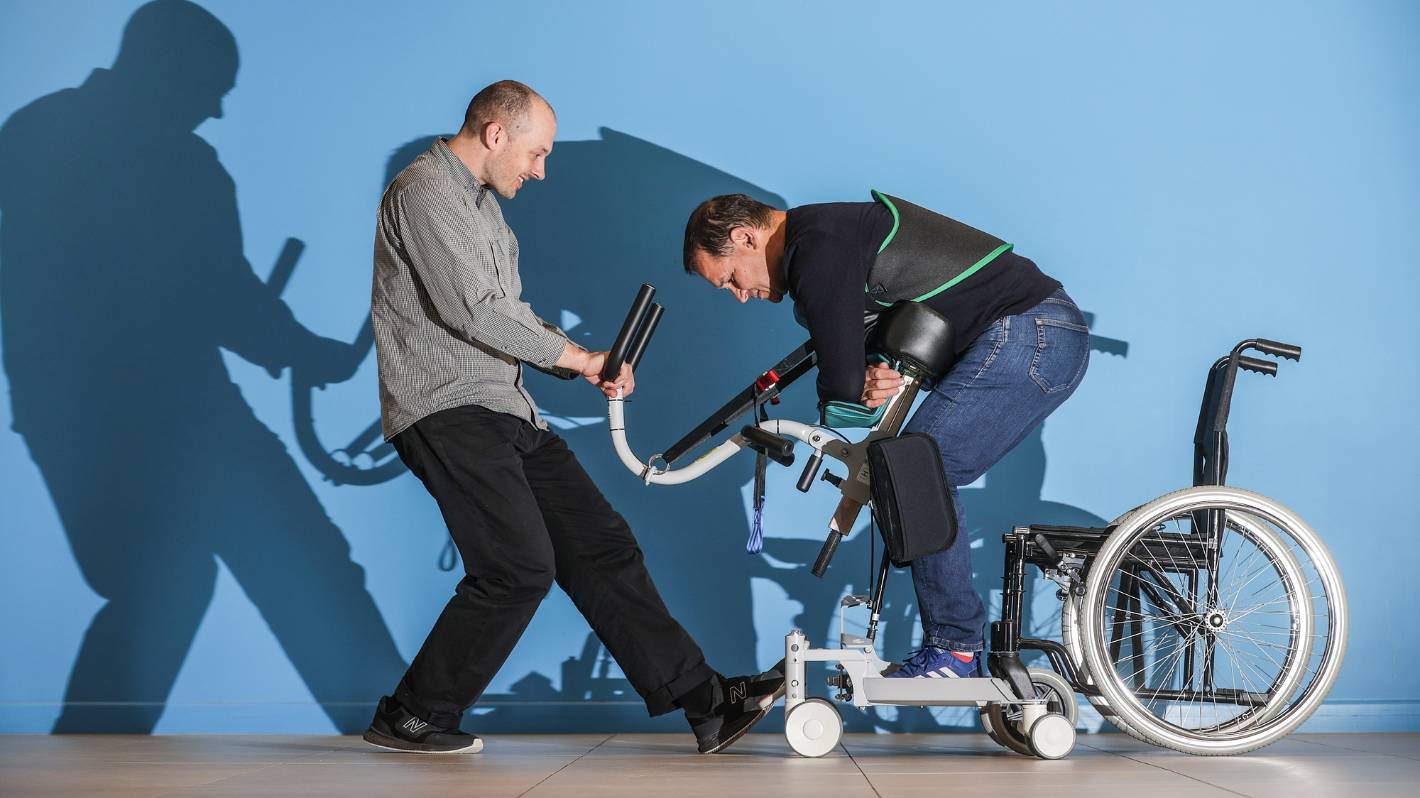 They say necessity is the mother of invention. So when hospital staff saw high rates of injuries related to lifting patients in wheelchairs, they turned to engineering experts for help.

The problem arose for students at the University of Canterbury (UC) as part of their studies but also piqued the interest of Keith Alexander, professor of mechanical engineering.

Over the next 20 years, he tested a range of methods to safely and efficiently move a person from their wheelchair to a bed, chair or toilet, culminating in the invention of the Kera sit2sit.

The transfer aid has no electronics, requires minimal physical effort and, most importantly, can be operated by one person.

READ MORE:
* “It’s a shame”: doctoral students struggle with a salary lower than the minimum wage
* The student bakes bread for his classmates to help relieve the stress of the exam
* December graduation ceremonies canceled again at the University of Otago

The pivot system means that between a quarter and a fifth of the effort is required to fully lift a person, reducing the risk of injury to nurses or caregivers.

The device is now used in nursing homes and by individuals, and it has even made it possible for some people to stay at home and not need residential care as family members can still look after of them.

Alexander was named New Zealand Engineering Entrepreneur of the Year in 2010 and also invented the globally successful springless trampoline.

He founded the company HT Systems, and the three-person team is based in a project space at UC. They are now looking for investments and have started a crowdfunding campaign on PledgeMe.

The hope is to raise up to $ 750,000 to launch new products and expand in Australia, and they’re calling on the Kiwis to come on board, with shares available starting at $ 504.

The Kera sit2sit costs around $ 5,000 and has been on the market for two years.

But the New Zealand market alone will not allow the company to hire the additional engineering and marketing expertise “needed to grow and create more solutions for people with disabilities,” Alexander said.

The first Kera sit2sit device was sold to Kaiapoi Lodge Residential Care, and owner Jonathan Prangnell said he provided another device between a standing lift and a full lift.

“The Kera can be used by one caregiver instead of two, so it’s a huge time saver,” he said.

Andrew Renga, from Papanui, suffers from a form of muscular dystrophy and was introduced to Alexander and the team by the Muscular Dystrophy Association NZ after he was looking for something to facilitate transfers between his wheelchair, his chair, his bed and his pierced chair.

He has been using the Kera sit2sit for 18 months and says it is quick and easy to use and has “exceeded” his expectations. He is now helping HT Systems test future products.

Richard Shepherd, managing director of HT Systems, said the device was also tested in the spinal unit at Burwood Hospital, which approached UC engineers in 1996.

“The surgeons from Burwood Hospital came to the university and said, ‘Our nurses always hurt themselves moving people, what can we do about it? Keith Alexander took over the project. In 20 years, he has refined the concept, ”he said.

“We are selling shares of our company to raise up to $ 750,000 and that money will help us get to Australia and develop new projects.”

Other investors include Christchurch businessmen Dennis Chapman and Bill Lee, he said.

“We are proud of Cantabria and we want to bring that to New Zealand and the world. “