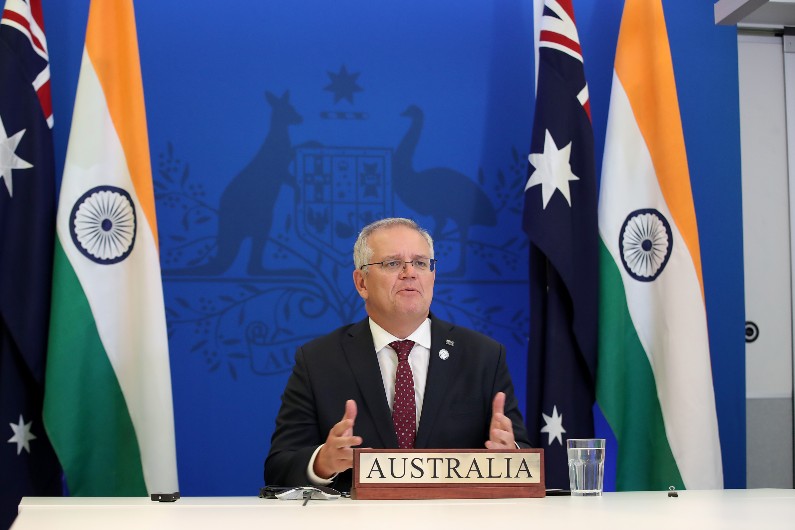 In 1949, shortly after the war, Australia invested 9% of the federal budget in development and diplomacy. If you applied that proportion today, the Department of Foreign Affairs and Trade would be more than seven times its current size.

In this week’s budget, DFAT resources have backward, with a slight increase of A$124 million or 1.6%, which is lower than the indexation. Aid funding increased but this is balanced by cuts to other parts of the portfolio, including diplomacy.

It’s disappointing if you understand what diplomacy can do.

Let’s look at a situation we have observed over the past month: the coordinated international response to Russia’s invasion of Ukraine. This is an example of diplomacy at work.

How did you punishments to arrive? The countries involved sat down with other like-minded countries to agree an approach and then convinced others to join.

They persuaded countries like the UK and Italy that they could live without the Russian oligarchs, and even persuaded Switzerland break its longstanding practice of neutrality and impose sanctions.

They worked with the international banking system on cut russia and shared information between countries to identify targets individual sanctions.

Then came the snowball effect when other companies began to voluntarily leave Russia. The combined effect was significant, described by a Russian spokesperson as akin to “total war”. Then we have international condemnation of the invasion, including overwhelming support for a UN resolution demanding Russian withdrawal.

That’s the job of diplomacy, a field National Chairman of the Australian Institute of International Affairs, Allan Gyngell recently described as being “as tough, tough and stubborn as any dimension of government.”

We shouldn’t underestimate the importance of diplomacy to a country’s national interests, but we often do. If you look at the federal budget, you get an idea of ​​how little Australia invests in diplomacy and development.

For example, the government announced 18,000 additional defense personnel. This increase alone represents more than three times the total staff in charge of diplomacy and development.

To put this into context, if this week’s federal budget were $100, we would spend $6 on defense, 72 cents on development, and a copper coin on practicing diplomacy.

Former Ambassador James Wise calculated that from the DFAT budget, only 10% is devoted to his political function after underwriting the development program, passports, consular work and infrastructure.

The aid budget has increased

Good news from the budget is that the international development program got some love after years of cuts. This includes:

It is heartening to see the development budget stabilization. This reflects the recognition that development programs have a huge role to play in shaping the world around us, from infrastructure and public health to climate and emergencies. It also suggests that it is seen as a key part of Australia’s engagement with Southeast Asia and the Pacific.

But Australia is still far from the international target for developed countries to 0.7% of gross national income. Even with this week’s increases, Australia is at the lowest of 0.2%. A decade ago, it was 0.33%.

What is the big picture?

Although there are positive signs in this budget, it is important to look at the big picture. Neither development nor diplomacy are funded in a way that suggests they are seen as vital tools in shaping a difficult and dangerous world. This puts Australia out of step with international trends.

The Lowy Institute and many others have long documented Australia diplomatic deficit and dilapidation. Defense experts too now openly criticize the “dismal negligence of DFAT”, while the Australian Strategic Policy Institute described the costs of this under-investment:

Australia will be safer, wealthier, better regarded and more self-respecting if our diplomatic influence expands, not if it remains stunted.

But that plea has yet to take effect, leading former DFAT officer Mercedes Page to call in its post-budget analysis to end “the familiar round of recriminations and calls for more funding.”

Instead of giving up, we should broaden the debate so that diplomacy and development is not seen as a niche issue, but as an issue that affects all Australians. We all have an interest in not denigrating the key elements of how Australia interacts with the world.

In these difficult times, Australia must respect and resource all elements of statecraft.

This article is republished from The conversation under Creative Commons license. Read it original article.

A (worrying) diplomatic vacuum at the top of the government