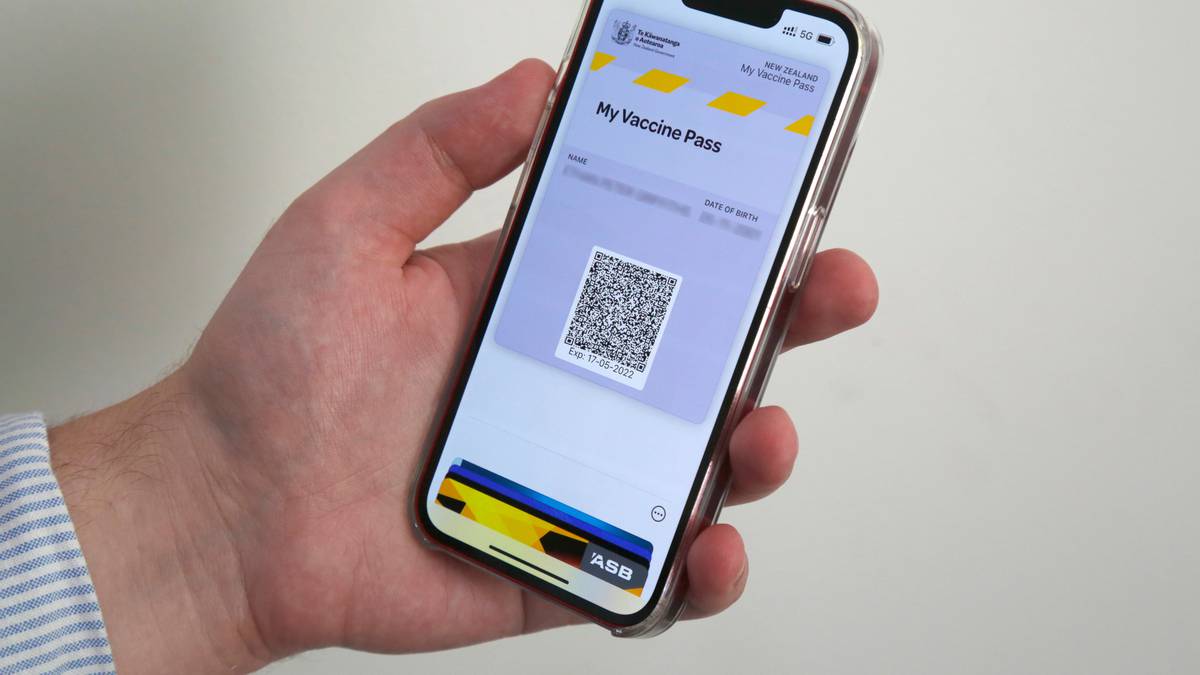 Opposition MPs and legal experts are crying out loud over legislation regarding the new traffic light system and vaccination warrants which they say are going to parliament without proper scrutiny.

Parliament rushed in today to pass legislation that will allow businesses and groups to introduce vaccination mandates among their staff ahead of the new Covid-19 protection framework from December.

Along with those already in place, including health and education workers, that means the terms will cover around 40 percent of the workforce.

This framework, also known as the traffic light system, includes requirements for the vaccination of workers deemed to be high risk, including hospitality, events, gatherings, close contact businesses, and gymnasiums.

These workers are expected to receive a first dose by December 3 and a second by January 17. Non-compliant businesses could be fined up to $ 15,000.

The changes will also require employers to give workers time off to get vaccinated and four weeks’ notice for those who lose their jobs because they haven’t been vaccinated.

While about 8% of the eligible population have yet to receive a dose of the Pfizer vaccine, hundreds of thousands of workers could be affected once the framework goes into effect on December 3.

Legislation to support these changes must be passed before the new system goes into effect, but since next week is the parliamentary recess, that means there are only two days left for the bill to be debated.

Passing it urgently, which the Labor government can do with its majority, also means it bypasses normal levels of scrutiny, including committees and public submissions.

Chief Human Rights Commissioner Paul Hunt said the use of urgency was “of considerable concern” given its implications for human rights.

“In times of national emergency, there is a risk of overshoot when broad powers are granted and rights are not properly balanced, leading to mistakes which are then regretted. It is precisely at this time that the rights are not properly balanced. “Here, our national and international commitments on human rights and Tiriti must be taken into account. This cannot be done without parliamentary control and the contribution of the public.”

Hunt urged the government to at least subject it to a retrospective select committee process after it is passed into law, in order to allow for public input.

Victoria University law and governance expert Dr Dean Knight said that while he supported the framework, it was a “constitutional disgrace”, the legislation was urgently passed without adequate consultation.

“Legislative change seriously involving rights like this needs a lot more time to breathe, to be questioned and for its legitimacy to be built through dialogue.”

His concerns included that many details were still missing and regarding the standard of auditing to ensure it complied with the Bill of Rights – which could lead to judicial review.

“We are in a pandemic and sometimes emergencies mean that it is inevitable that certain things will be accelerated in a suboptimal way.

“But not this: The need for this framework was not unexpected, was signaled some time ago, and public participation could have been taken into account.”

Knight said there must be a speedy post-adoption review, a mechanism for all recommendations to be returned to the House if necessary, and a “sunset clause” requiring the House to review and adjust the framework if necessary.

National Covid-19 spokesman Chris Bishop said the party did not support the bill and were not happy with the rushed nature of the “important” legislation.

“This is a really chaotic and disgusting way of making a law that will affect all New Zealanders.

To say the legislation is important is an understatement. It will potentially affect the lives of all New Zealanders, vaccinated and unvaccinated, as well as businesses large and small.

“The traffic light setting will have an impact on every Kiwi, during the summer and beyond.”

Bishop said work should have started in July when the government started work on vaccination passes.

The party is reportedly pushing for a post-enactment review process so that the legislation can still go to a committee for review.

“We support vaccine passes and businesses can choose to use them, but not this confusing and complicated framework. Polls show people find it very confusing.

“Inevitably there will be consequences, mistakes are often made in haste.”

Act party leader David Seymour said while they supported parts of the legislation, there were many areas of concern.

For example, a worker may take four weeks of paid vacation and return once vaccinated.

“The government has given itself the capacity to make laws by dictate. He will get them adopted urgently tonight – but not so urgent.

“The government has the legislation scheduled to be in parliament after the 6pm news. They want to minimize public scrutiny by debating this law at night.”

He also criticized the schedule: “The government has had nine months to prepare. Now it gives employers 10 days to keep records, do health and safety assessments and put health and safety processes in place. . “

Te Pāti Māori co-leader Debbie Ngarewa-Packer said the engagement on the framework, including vaccine passes, “should have happened a long time ago.”

The party called for a Maori-specific response plan and a commitment to close the 20% immunization gap between Maori and non-Maori.

Covid-19 Response Minister Chris Hipkins said the legislation had been prepared “as quickly as possible”.

It was quite “important and technical” and so “it takes a while to get it right,” he said.

When asked if this should not underscore the need for further consideration, Hipkins said it was not possible.

“In an ideal world, we would. But we’re not going to tell Aucklanders to wait another month or two while Parliament considers it.”

Workplace Relations and Safety Minister Michael Wood earlier announced a tool to help clarify what work should be covered by vaccinated workers and to assess when it is reasonable to require vaccination for other work .

The four criteria, of which at least three must be met, are: the size of the workspace, the proximity of people to others, the duration of their proximity to others, and whether they provide services to vulnerable people in the workplace. Covid-19.