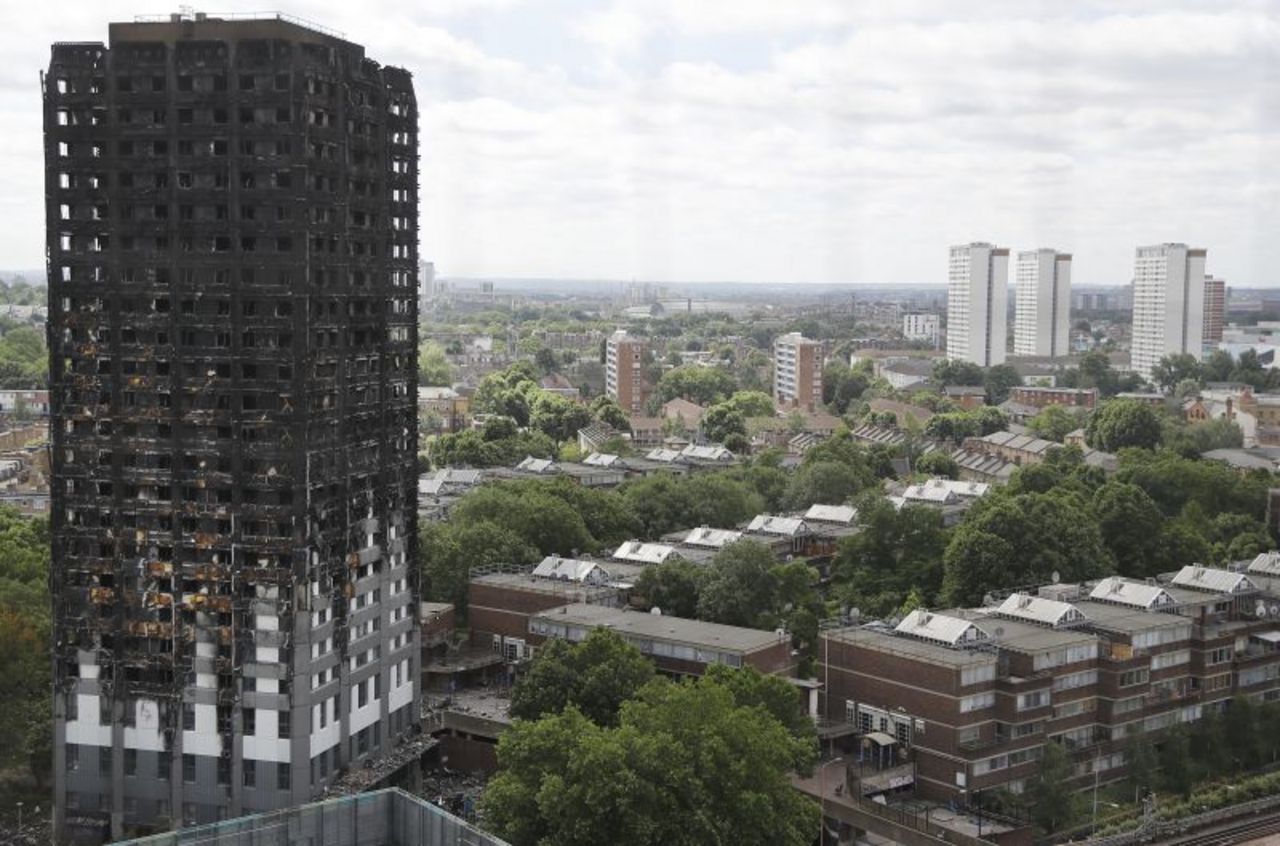 Addressing the Phase 2 investigation into the Grenfell Tower, Hughes said that for a conference scheduled for the following month, which was to take place just a week after the fire, he took notes saying: “In residential buildings, the fire is not limited to the original apartment. and our limited “stay put” evacuation strategy is compromised. “

He continued: “Large-scale evacuations in residential buildings, especially those with simple stairs, pose a problem in terms of staircase capacity and obstruction to firefighters.” Prophetically, the notes read: “The reason for emphasizing this is to raise awareness of the problem. I think the fire engineering codes and principles we use to design fire safety in buildings are great, but facade fires and the uncontrolled spread of fire outside of tall buildings pose a significant threat. for the efficiency of many building systems.

The week’s testimony began with former LFB commissioner Rita Dexter noting that “large-scale evacuations in residential buildings, especially those with simple stairs, pose a problem in terms of stair capacity and obstruction of firefighters “.

Deputy commissioner and former fire safety chief Dan Daly was asked about the Madingley House fire in Kingston, south-west London in 2010, when the facade “had no resistance to ignition And on the Lacrosse fire in Melbourne and the Torch Tower fire in Dubai. He was shown presentations from LFB titled “Facades of high-rise buildings” from July 2016, which called for a “need to understand” facade products, their “fire behavior” and “if they are used. appropriately and meet the relevant guidelines ”.

He said: “I would say my opinion at the time was certainly that keeping in place is absolutely the job of compartmentalisation, that if we were to have an example where these compartments could be submerged or overtaken, it would compromise keeping on. square.”

The London Fire Brigade’s (LFB) ‘stay put’ policy, recommending residents not directly affected by the fire to stay in their homes with doors and windows closed, was based on long-standing knowledge of the Firefighting where fires in residential towers would be contained in individual apartments.

Daly pointed out that at night, LFB commanders could not immediately recognize that the Grenfell Tower was a flammable coating fire. If they had done so, he said, they could have given up on their council sooner than the residents were staying put. He expressed “his faith in the regulatory system that we are not using these materials in this country.” But last week, the inquiry learned that in the years immediately preceding Grenfell, ministers had been pressured to review building guidelines on the spread of fires.

Another incident which raised the serious implications of installing hazardous coatings on residential buildings was the 2009 Lakanal House fire in south London which killed six people. Gary Reason, former director of operational resilience at LFB in training, was asked about recommendations from the incident. These included the recognition that “a fire might behave in a manner inconsistent with the principle of compartmentalization” and the awareness “of the risks to those above and adjacent to the apartment. fire”. Despite an April 2013 deadline for the completion of these changes, the new training material remained in pilot phase at the time of the Grenfell fire four years later.

The period 2009-2016 was characterized by budget cuts made by the Mayor of London and now Prime Minister Boris Johnson. These “budget efficiencies” included the closure of 10 fire stations, the elimination of 685 frontline positions and the reduction of 13 from the LFB pump fleet. .

Equally damaging, Reason said, was the privatization of fire training at contractor Babcock International. Reason described Babcock as relying heavily on the expertise of senior LFB personnel, including incident commanders, in developing training modules, which slowed progress. When the training materials were finally produced, they were far from satisfactory.

They ignored radio communication issues, never mentioned the coating in relation to the external spread of the fire, and, in Reason’s words, did not “send a response” to Lakanal. He insisted that “the concept that a fire like Grenfell could occur was not something I would ever imagine could happen, both in terms of the magnitude and spread of the fire development.” .

The investigation continued to criticize the LFB during testimony the following week. On Monday, Assistant Commissioner Dan Daley admitted he was reluctant to voice concerns about building materials following the Shepherd’s Court fire in August 2016, in which a fire has spread over five floors since a kitchen window, resulting in partial evacuation. In October 2016, the fire was found to have been fueled by wooden and polystyrene window panels, covered with sheet steel.

At the time, a colleague wrote: “This fire adds to concerns about understanding … However, another warned, ‘There is a partnership at stake’, and Daley himself admitted:” What I didn’t want to do was suggest without evidence that this problem was widespread and created unnecessary concern for the residents and also for the local authorities…. “

The investigation then moved, during Grenfell’s day, to the existing inaccurate and incomplete “operational risk database” and heard testimony from former COO David Brown. Phase 1 had previously described the system as “woefully inadequate,” with no plan or aerial photo of Grenfell Tower, no tactical response listed, and the wrong number of floors.

After the Lakanal fire, a coroner’s inquest recommended improvements to the system, and a February 2013 report committed to performing an audit to examine how stations identified buildings and entered them into the database. . There was no evidence that this had been done, and in October 2017, four months after the Grenfell fire, only 1,700 high-rise buildings of London’s 6,900 were in the database.

The same coroner’s report called for changing the “compartmentalisation principle” assumption in training, and the brigade recorded the recommendation as closed the following year. Again, there has been no real implementation of the new training, despite the development of a new package. The investigation had previously learned that on the night of the fire, “none of the incident commanders had been able to conceive of the possibility of a failure of mass compartmentalisation” which would justify “a total evacuation of the building” .

The LFB made mistakes, notably in the approach of the fire, in its policy and its training. But the death and suffering at Grenfell was not his responsibility. Yet the investigation, under the leadership of its Conservative-chosen chairman Sir Martin Moore-Bick, follows the same path as that of Phase 1, which was a laundering designed to mask the real causes of the fire and blame the LFB. .

Whatever the LFB’s shortcomings, the investigative efforts to scapegoat after their budgets were cut to the bone, in the face of a criminally dangerous building in which many business and political circles had conspired to save money and maximize profits, is dirty. Firefighters who arrived to tackle the Grenfell blaze did so under almost impossible conditions, many testifying that they had never witnessed a fire of this magnitude before.

The Socialist Equality Party and the Grenfell Fire Forum have warned since the start of the investigation that the whole process would be a fraud. The massive importance given to the few minutes of responding to a fire in a building turned into a death trap for many years confirms this. We reiterate our call for an end to the investigation and the arrest of those responsible for the fire in business and political circles.