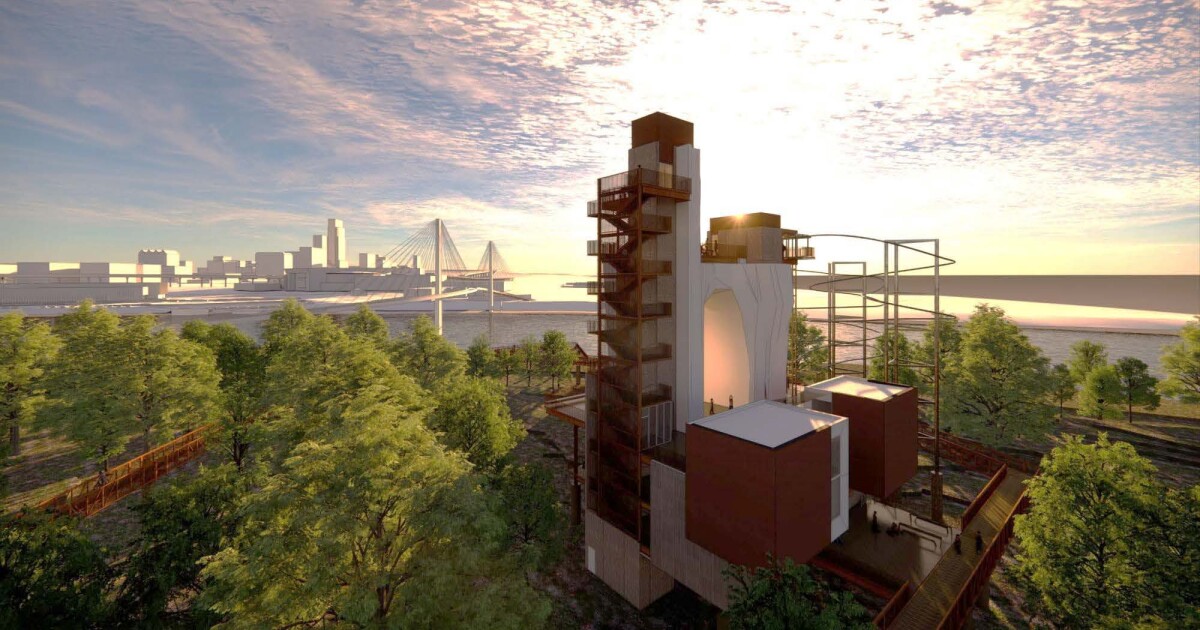 COUNCIL BLUFFS, Iowa. (KMTV) – On Thursday, the Southwest Iowa Nonprofit for Collective Impact (SINC) announced that it had secured funding and finalized the design of a waterfront facility that will be called the MidAmerican Energy Adventure Tower.

Five million dollars of the funding was led by MidAmerican Energy, hence the name of the new 138-foot hybrid observation and adventure tower off the Missouri River. However, the tower won’t just be a structure with stairs, as it will have three features that will increase the excitement. The tower is expected to include an adventure course that will have a 50-foot speed climbing site wall, 400 feet of linear simulated caving experiences and two 480-foot sliding tracks that will allow guests to be suspended in the air by a harness.

“Metro area residents often ask why our area doesn’t have a theme park or adventure-style activities,” said Brenda Mainwaring, president and CEO of the Iowa West Foundation in a press release. . “The new Adventure Tower will begin to fill this gap by adding two new adventures to the summer activity roster: caving and gliding. With spectacular views of the river, Loess Hills and downtown ‘Omaha, the tower will be a favorite year-round attraction.’

There are actually more facets planned beyond the MidAmerican Energy Tower in what is the fourth phase of the River’s Edge project, including a treetop walkway and a pier. This summer, River’s Edge is already set to open Belle’s Play Garden. All developments aim to improve the quality of life for residents and visitors to the area, a central objective behind SINC’s work.

“We are proud to support the Council Bluffs community in a way that contributes to the quality of life and vibrancy of the area,” said Kathryn Kunert, Vice President of Economic Connections and Integration at MidAmerican Energy. “This adventure ride is the kind of gear that promotes an active, healthy lifestyle while supporting the growth of the community our customers call home.”

Beyond the most dazzling features and impact of the MidAmerican Energy Adventure Tower, the project also appears to have ironed out all the more practical details, as it will be built above the floodplain at system elevation. of levees, designed to be unaffected by ice conditions and even flooding. An elevated walkway, public restrooms and the use of sustainable materials are mindful of its overall sustainability for people and the environment.

SINC continues to fundraise and manage Phase Four of River’s Edge in partnership with the Town of Council Bluffs, which would be funded entirely by private donations for an overall budget of $50 million, with a core donation of $15 million. of dollars provided to the project by the West Iowa Foundation.

Download our apps today for all our latest coverage.

Get the latest news and weather straight to your inbox.